It’s always fun to get deeply involved with an epic RPG adventure, or become invested with a unique strategy tune-based strategy, or even still match your skills online with a popular first-person shooter. But every now and then, gamers don’t necessarily have the time to invest hours upon hours in a session, a quick and satisfying run through with a game can be just exactly what they’ve been looking for. If that’s the case, turn to your favorite modern console or PC because Sisters Royale: Five Sisters Under Fire (2020, Alfa System, MSRP $13.99) can give players that short diversion that can entertain before heading back to their larger game of choice.

With a gameplay design similar to classic titles such as Time Pilot ’84 and Xevious, Sisters Royale keeps up the frantic pace where seemingly at times everything (including the kitchen sink) seems to be thrown at the player. The action is shown on a screen that takes up only a third of the total viewing space. This ups the challenge as wave after wave of projectiles dispensed by hordes of beasts come spiraling at the player, leaving them at times with only a tiny amount of space to weave and dodge through. All the while firing back with an array of varied weapons firing rapidly in return. Sisters is presented with an anime style reminiscent of your average Japanese role playing game, with music set to a Mario-like tone that sounds like the beloved plumber himself is the DJ spinning the tunes.

The gameplay is again something that can be a blast as you quickly navigate through each wave, gathering up coins amid all the destruction in order to ratchet up the score to even greater heights. Each level ends with a timed boss challenge that requires extra patience and agility where the entire screen can be filled with a dazzling array of projectiles heading in opposite directions. Screen-clearing bombs are at the gamer’s disposal, but use them at specific times, and only when neccesary to have multpile options to ending boss levels quiker and easier. Racking up the points into the tens of millions, similar to what one may see from a pinball game, and a limited amount of level design choices (slippery ice on one occasion comes to mind) variate the challenge enough to keep it fun and frenetic throughout. It was also a good decision to not overstay its welcome with players by making the complete run throughs for each sister short (30 to 45 minutes total), because a longer stay would start to show even more glaring flaws.

Most of the disappointments center right around the nonsensical storyline and dialogue (shown via text screens) that almost scream to the player get back to the action before any more exposition needs to be done. It’s the tale of five sisters, each with their own weapons array, and each of which are just as determined to marry their beloved angel Yashin. In the process of trying to walk down the altar with him, the main boss fight at the end of each level comes against…wait for it…each of the sisters not chosen to make a run through in the game. The dialogue back and forth betwen the sisters at the end of each level is supposed to be charming and clever but actually comes off as dull and unconvincing (thank goodness you can easily avoid it and skip them altogether). The added plot device of fending off against an evil diety at the end doesn’t make the game more compelling, just one more hoop to go through. But since the game is short, the creative team at Alfa System made the wise decision of not extending the time spent on narrative beyond just a quick flip or skip through chat scenes.

Despite a lackluster story, Sisters Royale: Five Sisters Under Fire manages to be a positive experience due to its frantic and at times thrilling gameplay. A game where close escapes and guns blasting leads to a quick rush before heading back to whatever game world is most familiar. This is the first new game for Alfa System in twelve years, and hopefully they can take in the lessons learned to build more complete games in the future. Yes, it is available for all current formats (PC and console), but the clear-cut best option for playing would be while travelling on the road with a Nintendo Switch. That way the player can focus in on the best parts of this title, and can just look at the world outside the car window when Sisters Royale hits some rough spots. 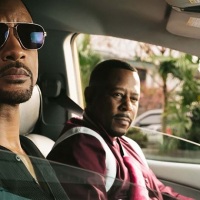