When the Disney “Infinity” gaming experience debuted in stores in 2013, its entry into the “toys to life”marketplace (the interaction between video games and action figures that work within the game itself), its success seemed a sure thing. With a bevy of options within its homegrown arsenal — and the Marvel, Muppet and Star Wars licenses they’ve purchased presumably allowing for never ending satisfaction for both gamers and collectors — it seemed like the ensuing financial windfall would be a “no-brainer.” Many analysts (myself included) lauded Disney for providing families with a unique alternative that could relate to every member of the household.

Flash forward three years later and this once-lucrative gaming venture — quoted as a “billion dollar franchise” in a Business Insider interview with “Infinity” Senior Vice President John Blackburn — spanning three versions across multiple console platforms was effectively cancelled following the game’s final update in June commemorating the upcoming movie “Finding Dory.” In a surprising announcement for the video game world as various companies announced their findings to shareholders for the fiscal quarter (as reported on by NASDAQ and many other outlets), Disney announced the closure (and a $147 million dollar hit) of its formerly prized interactive series as a part of a closure of its entire Disney Interactive console gaming division. The announcement crushed the hearts of many (including my own daughters) gamers who invested both a considerable amount of time and money while one question has been raised both here at home and on the internet that definitely needs answering: Why did Disney pull the plug on Infinity so soon?

For starters, the potential of the “toys to life” genre that at one time had me gushing (in a 2015 Game Source/NU Herald article) about how “hotly contested and extremely lucrative marketplace” it was has taken a harsh left turn. Even though Disney had sold over three million play sets within its first fiscal year, experts believed that the market for interactive gaming would continue to grow, justifying the great expense of development (believed to be an initial $100 million for Infinity) and marketing for this can’t-miss opportunity to have a gaming series that would be suitable for all audiences.

That market, previously considered robust and competitive, quickly become bloated and over-saturated with additions of Nintendo’s “Amiibo” and “LEGO Dimensions” lines, leaving consumers confused over which series to purchase. Even Activision-Blizzard, who pioneered the genre with its “Skylanders” franchise noted in its annual report that year over year numbers from 2014 to 2015 had the series heading in a negative revenue direction. When he announced the cancellation of “Infinity” and the closure of its developer, Avalanche Studios, Disney Consumer Products and Interactive Chairman James Pitaro issued a statement in part that seemed to reinforce the reassessment of the marketplace saying that “the lack of growth in the toys-to-life market, coupled with high development costs, has created a challenging business model.”

There were other reasons that made the decision even easier to shutter Infinity and move away from developing its own home grown console experiences. During the same report to investors, Disney executives noted that while interactive gaming had taken a turn for the worse, its mobile gaming division remained a viable and profitable entry deserving of a more centered focus by the company. Additionally, the company has found success with its licensing of its purchased Star Wars branding. The success of the Electronic Arts first-person multiplayer shooter “Star Wars Battlefront” has pushed ahead additional plans by EA to develop and publish not only a sequel for the game, but yearly Star Wars related releases from several of their development studios as part of a 10-year agreement with Disney.

Their reach extends further still as their association with Warner Bros. LEGO series will continue with the June release of “LEGO Star Wars: The Force Awakens.” As Pitaro also noted in his statement, “after a thorough evaluation, we have modified our approach to console gaming and will transition exclusively to a licensing model.” Seeing the opportunity to reap the continued rewards of a low-cost, high-reward prospect of licensing out its brands (Marvel games will most likely follow suit), Disney quickly realized it was counterproductive to exert time, money and resources to make its video games profitable when somebody else could do it for them.

The financial decisions made by corporate powerhouses often adversely affect many lives and for Disney “Infinity” fans, this will be no different. How a series and a genre that had such a promising start falls so quickly from grace is a tale of retail legend. A tale corporations, and the public, needs to be reminded of as a new wave of gaming development in virtual reality — the hot new property that other consumer gaming products once had a strangehold on — takes place. If cautionary steps aren’t taken, virtual reality could go the way of 3D televisions, android consoles and the “toy to life” genre, resulting in a similar, painful crash.

For millions of Disney “Infinity” fans around the globe (my daughters included), this comes as a harsh lesson in the realities of business and how a company boasting theme parks around the globe, claiming to be the “happiest place(s) on Earth” can be as cutthroat as any other corporate giant. Disney “Infinity” will always remain a potential “what if” thanks the variety of gamers that it reached and the licenses it could have borrowed onto for the foreseeable future. While the love for this gaming series and the figures made for it will always be there for its fans, Disney’s former infatuation with the “toys to life” genre that was believed to last an infinity had an all too quick and finite end 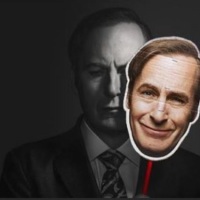