Ghostbusters (2016) Review: Something Strange in the Neighborhood…

As one of the many individuals who was intrigued when Sony first announced a reboot of the Ghostbusters (Sony/Columbia Pictures Running Time 1 hr 56 min) film canon, the idea of how well a lasting icon from the 1980’s would translate into today’s pop culture certainly crossed my mind. When the unique twist of an all-female crew taking up the reigns was announced as the group who will take the series forward into the future seemed promising on a personal level despite a social media backlash by those who saw either the reboot being made or the gender of the team as a problem. The idea that the new film would take a completely new direction and appear as something different to a new generation of fans while simultaneously reaching out to an audience who still have a great fondness for the series was the hope I had as the movie began its release in theaters. As the credits were rolling and witnessed footage cut that was more entertaining than the movie itself, the question was asked “Does Bustin’ STILL make me feel good?”

Like its film predecessors roughly thirty years before, the premise still relies on four misfit heroes who team up to save New York City from an seemingly overwhelming incursion of spooks, apparitions and poltergeists. In kickstarting the series, Sony has turned to the quartet of Melissa McCarthy, Kristen Wiig, Kate McKinnon and Leslie Jones to take up the titular roles and to Bridesmaids director Paul Feig to helm what the company had hoped to be a return to glory for the franchise. Unfortunately due to a number of factors, this Ghostbusters version doesn’t cross the streams at a level anywhere near its 1984 predecessor.

Centering on a reunion of sorts between the lead characters played by McCarthy and Wiig, the story’s issues start with what can only be described as an interplay that can only be described as being tedious to watch. McCarthy, who’s standout cinematic performances (Spy, Identity Thief, The Heat) usually calls for a lot less sharing of screen time looks uncomfortable for most of the movie save for a brief moment when a nod to The Exorcist comes into play. Her interaction with Wiig, which is supposed to be showcased as a central theme for the movie falling flat and hurting the rest of the movie as a whole because of it.

While we are on the subject of nods to previous films, this film’s fan service to the previous iteration while noble at first goes overboard with several of its guest appearances, even the late Harold Ramis is included if you look real close, with many of the inclusions feeling forced and overdone (only Rick Moranis of the original main cast not taking part). Add to this a dash of hit and miss special effects, an underdeveloped story for the lead villain (Neil Casey) and some of the worst supporting acting seen on any movie this year (Honeybaked Hams would be envious) and that combination leads to a series that under any normal circumstance in today’s cinematic world would have its future come to a grinding halt. But alas, all is not ill in the land of ghosts for spirited performances by McKinnon, Chris Hemsworth (as the crew’s dim-witted secretary, Kevin) and a terrific turn by Jones (who is in no way deserving of the social media criticism brought upon her recently) as a former New York transit worker turned city expert help save the movie from the epic depths from which many of the spirits in this movie emanate from.

Despite the tepid response from moviegoers in its first few days and a failure to distribute the film in the world’s #2 market due to cultural concerns (China’s censorship laws outlining spirits and ghosts) Sony executives have repeatedly intimated that the series will continue in its current form. With that in mind, here’s hoping that the next go-around for this talented crew will get a script that they so desperately deserve. While this 2016 iteration of this once storied movie franchise does not “ruin your childhood” as many internet pundits would have you believe, it is a film that does not have enough going for it to be worth recommending. Unfortunately for audiences, when it comes time to say “Who you gonna’ call?” the answer will be for now that it’s not these “Ghostbusters”. 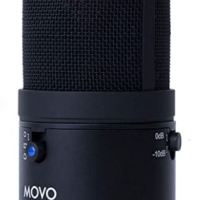